A little slice of Brooklyn – DUMBO 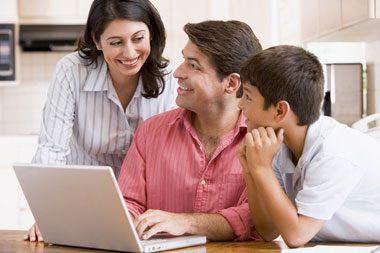 DUMBO, an acronym which stands for “Down Under the Manhattan Bridge Overpass”, is a trendy, up-and-coming neighborhood located in the heart of Brooklyn, New York. It encompasses the area north of York Street, south of John Street, east of Main Street, and west of Bridge Street.

DUMBO was originally known as Fulton Landing, after the ferry stop that connected it to Manhattan via the East River before the Brooklyn Bridge opened in 1883. Along with the ongoing Industrial Revolution in America, Brooklynites realized the region’s industrial potential due to its access to shipping. Subsequently, warehouses, factories, and dock storehouses were built and Brooklyn became a major manufacturing center. Some of the more important firms in the late 19th and early 20th centuries included the Arbuckle Brothers (coffee and sugar), Robert Gair (paper boxes), and Brillo (steel wool). Once the United States deindustrialized, these old buildings were converted into lofty apartments and office space that drew a new crowd into the community. Resident artists coined the term “DUMBO” in the 1970s to make the neighborhood seem silly and unappealing to potential buyers.

Call (833) 844-0141 today,  request a Free Mortgage Quote or prequalify to find out about available mortgage options.

Nowadays, however, real estate flourishes here because DUMBO is both business and family-oriented. Reputable companies such as Etsy, an online marketplace for homemade items, have established their headquarters in DUMBO. In fact, the region has been nicknamed the “New York Digital District” which “represents more than 80 digital businesses, many competing and collaborating professionally, and promotes the area’s dynamic ability to support a vast array of businesses, from technology to startups to agencies (www.nydd.us).” On the other end of the spectrum, parents find a safe haven for their kids to play at the Brooklyn Bridge Park, which boasts beautiful green fields that roll alongside the water. One point of interest in Brooklyn Bridge Park is Jane’s Carousel, nestled right next to the East River. Since 2011, adults and children alike pony up on this old-fashioned merry-go-round for two bucks a ride while taking in the amazing view of the Manhattan skyline.

Two of DUMBO’s most popular eateries include Grimaldi’s Pizzeria and the Brooklyn Ice Cream Factory. Grimaldi’s claims to make “THE best coal-fired brick oven, New York-style thin crust pizza in the world.” Its 100+ years of business and the crowd lining up at the restaurant on any given day only justifies this statement. Meanwhile, the owners of the Brooklyn Ice Cream Factory converted a landmark fireboat house on the corner of Old Fulton and Water Street into the sweet spot it is today. Customers devour the savory ice cream that comes in eight different flavors produced in small batches at the actual location.
In 2007, the Landmark Preservation Commission designated DUMBO as the city’s 90th historic district thanks to its rich industrial background. Conversely, DUMBO is now known for its creative, modern vibe and its potential to become a digital business mecca in the future.