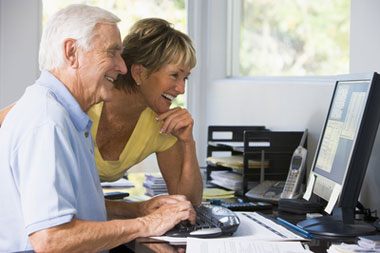 2013 has come and gone as we look forward to what 2014 has to offer us.
2013 was a great year to be in the mortgage business. The rift raft of 2005 was long gone and the licensing standards implemented as part of Dodd-Frank was refreshing regulation to our industry. The 2nd half of 2013 saw interest rates rise as the end of eternally low rates faded into the sunset. However, rates remained historically competitive as the purchase market began to heat up.

Myself, as with many of our competitors shifted our focus from a refinance market to a purchase market. I feel many potential homeowners you were scared away during the housing crisis started to realize that the sky was not falling and it would always be a great long term investment to own a home.

This trend has continued into the 1st quarter of 2014. Homebuyers are coming out of hibernation way ahead of the thaw as I see many buyers trudging through the snow to see homes. Usually , most wait for the daffodils to pop up before they declare real estate open for business. However, the 2 feet snow on my sidewalk has not deterred the hungry homebuyers looking for that dream home.

We still expect refinance applications to decline through the year as rates increase but I am expecting a flood of new products to hit the market at the end of 2014 . I can’t say exactly how or what, but I personally believe the private mortgage industry will be back before the year is through.

If you are thinking about purchasing a home in 2014, get on it. I think you will see a highly competitive market where buyers are outbidding one another for desirable homes. The period of low balling offers will be gone and new homebuyers will be willing to pay the price for the home they want. If you were unable to refinance and take advantage of the historically low rates, just be patient. I expect to have some options for you shortly.